This workshop will give teachers and parents a deepened understanding of development along with practical activities that help build the foundation for ease of learning in the children they parent and/or teach. The development of the 12 senses—as described by Rudolf Steiner—their inter-relationship and their connection to learning will be the focus of the first presentation. Participants will then learn practical activities for the classroom and home in support of integration of the senses. Please come prepared to move. For more information, please contact Ingun: ingunmaria (at) gmail.com Schedule of events Registration: 9:30am Saturday 2/15 Presentation: 10:00 to 11.30am Practical activities: 11:45am-1:00pm; 2:00-3:30pm (lunch break 1pm-2pm) Q&A: 3:30pm-4:15pm.
Price: $50; student/senior: $40—for vegan lunch, please add $8 or bring a bagged lunch. Ingun Schneider, P.T., M.A. has an MA from Stockholm University in Sweden and is an educational support teacher specializing in the Extra Lesson approach. Previously she worked as a Waldorf class teacher grades 1–8, a physical therapist, and a Lamaze childbirth educator. She continues to teach parents and teachers in Waldorf communities around the world. 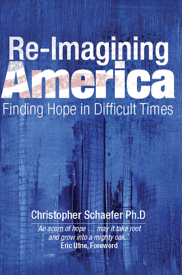 Working Toward a New Tri-Sectoral Imagination of the American Future

How did we get to the place where our politics are manipulated and bought, our freedom threatened by fake news and mass surveillance by the government and the internet giants and our economy hi-jacked by the rich and powerful? What factors have led to the corruption and decline of our nation which was once the “fact, the symbol and the promise of a new beginning” for millions of immigrants and provided hope and opportunity for many of its citizens?

The gathering will include an interview with Chris by Robert McDermott, followed by a group workshop.

Suggested Contribution: Sliding Fee: from $10-$30. No One Turned Away for Lack of Funds
PARKING: Please note that parking can be found on the streets

Sign up for Anthroposophy in the Bay Area & Beyond